The National Laboratory for Photonics and Quantum Technologies - NLPQT - is a nationwide investment project carried out by a consortium of 7 scientific units led by the University of Warsaw. The main purpose of the project is to create new research infrastructure in three areas: 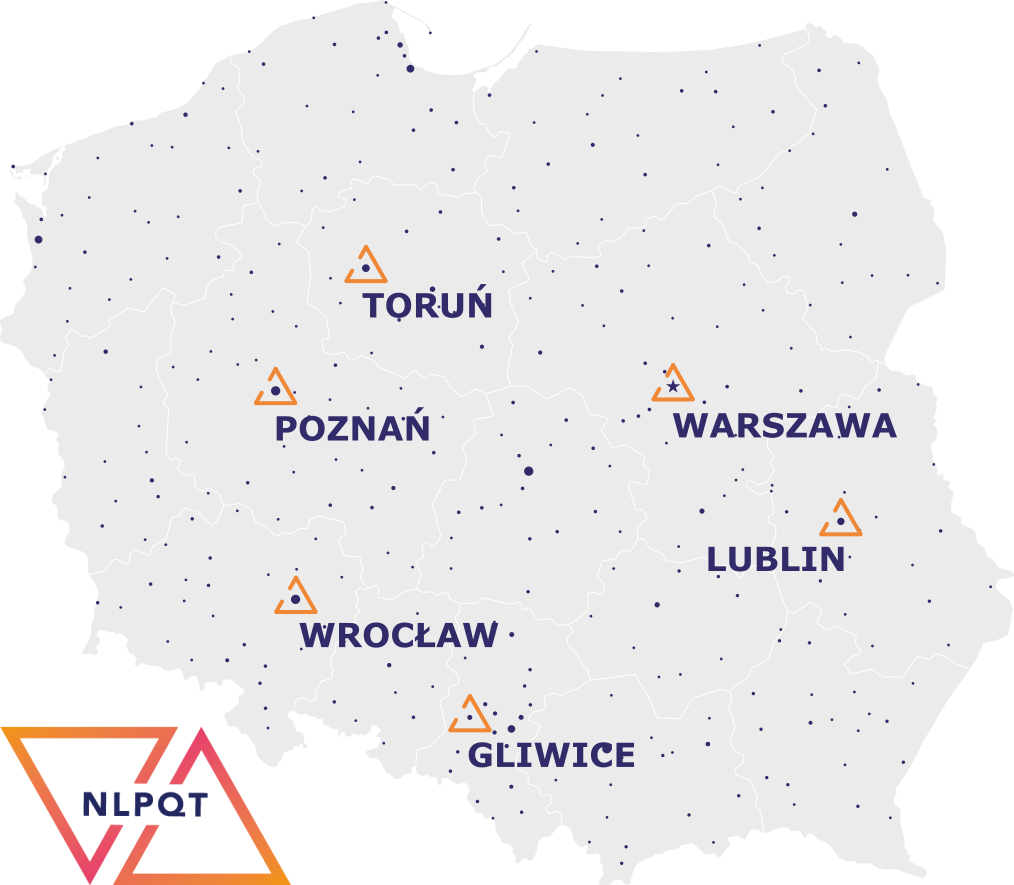 The main goal of the National System for Generation and Distribution of the Reference Optical Carrier is to construct an ultra-stable laser system that can be linked to an optical atomic clock, along with a distribution network using optical fibers. The optical reference signal with low phase noise will be distributed from Toruń to all of the participants of the NLPQT consortium where it will be available to both interested researchers and industry partners.

Another aim of the NLPQT project is to build a network of research stations which will either extend the existing or provide completely new research opportunities. The new equipment will be used in a wide variety of applications such as spectroscopic studies of materials (e.g. the analysis of trace air pollutants or characterization of new materials for photovoltaics and medicine), fabrication of specialized optical fibers, development of nano- and microstructures for optoelectronic and medical applications, design, production and characterization of lighting systems, two- and three-dimensional imaging of biological objects and many others.

In the area of quantum technologies, the NLPQT project is focused on the development of a country-wide infrastructure enabling practical utilization of properties of individual quantum objects. A particular emphasis is put on the possibility of using single photons in quantum communication, which will enable both research and development work on quantum key distribution (QKD) as well as integration of such solutions with other mechanisms used to secure data transmitted over existing IT and telecommunication systems. Furthermore, test workstations utilizing real-life applications of such quantum objects as single electrons, quantum dots, or atoms will also be established.

The infrastructure built within the framework of the NLPQT project will not only serve the scientists directly involved in the project, but will also be available to other researchers and industry partners. For more information visit the website of the Project at http://nlpqt.fuw.edu.pl.